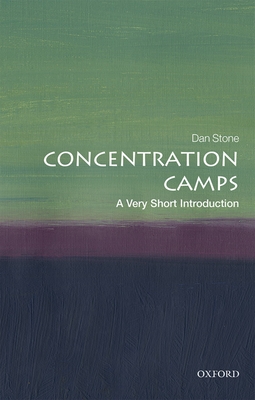 
On Our Shelves Now
Concentration camps are a relatively new invention, a recurring feature of twentieth century warfare, and one that is important to the modern global consciousness and identity. Although the most famous concentration camps are those under the Nazis, the use of concentration camps originated several decades before the Third Reich, in the Philippines and in the Boer War, and they have been used again in numerous locations, not least during the genocides in Bosnia and Rwanda. Over the course of the twentieth century they have become defining symbols of humankind's lowest point and basest acts. In this Very Short Introduction, Dan Stone gives a global history of concentration camps, and shows that it is not only "mad dictators" who have set up camps, but instead all varieties of states, including liberal democracies, that have made use of them. Setting concentration camps against the longer history of incarceration, he explains how the ability of the modern state to control populations led to the creation of this extreme institution. Looking at their emergence and spread around the world, Stone argues that concentration camps serve the purpose, from the point of view of the state in crisis, of removing a section of the population that is perceived to be threatening, traitorous, or diseased. Drawing on contemporary accounts of camps, as well as the philosophical literature surrounding them, Stone considers the story camps tell us about the nature of the modern world as well as about specific regimes. ABOUT THE SERIES: The Very Short Introductions series from Oxford University Press contains hundreds of titles in almost every subject area. These pocket-sized books are the perfect way to get ahead in a new subject quickly. Our expert authors combine facts, analysis, perspective, new ideas, and enthusiasm to make interesting and challenging topics highly readable.

Dan Stone is Professor of Modern History at Royal Holloway, University of London, where he is also Director of the Holocaust Research Centre. He is the author or editor of sixteen books, including Histories of the Holocaust (OUP, 2010) and The Liberation of the Camps: The End of the Holocaust and its Aftermath (Yale, 2015), and some seventy scholarly articles. He is currently the recipient of a Leverhulme Trust Major Research Fellowship, working on a project on the International Tracing Service.