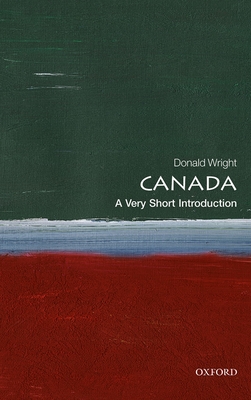 
On Our Shelves Now
Canada is not one nation, but three: English Canada, Quebec, and First Nations. Yet as a country Canada is very successful, in part because it maintains national diversity through bilingualism, multiculturalism, and federalism. Alongside this contemporary openness Canada also has its own
history to contend with; with a legacy of broken treaties and residential schools for its Indigenous peoples, making reconciliation between Canada and First Nations an ongoing journey, not a destination. Drawing on history, politics, and literature, this Very Short Introduction starts at the end of the last ice age, when the melting of the ice sheets opened the northern half of North America to Indigenous peoples, and covers up to today's anthropogenic climate change, and Canada's climate politics.
Donald Wright emphasizes Canada's complexity and diversity as well as its different identities and its commitment to rights, and explores its historical relationship to Great Britain, and its ongoing relationship with the United States. Finally, he examines Canada's northern realities and its
northern identities. ABOUT THE SERIES: The Very Short Introductions series from Oxford University Press contains hundreds of titles in almost every subject area. These pocket-sized books are the perfect way to get ahead in a new subject quickly. Our expert authors combine facts, analysis, perspective, new ideas, and
enthusiasm to make interesting and challenging topics highly readable.

A specialist in Canadian history and politics, Donald Wright teaches at the University of New Brunswick in Canada. His books have included The Professionalization of History in English Canada (University of Toronto Press, 2005), which was shortlisted by the Canadian Historical Association for theSir John A. Macdonald Prize for best book in Canadian history, and Donald Creighton: A Life in History (University of Toronto Press, 2015). He was also co-editor for Symbols of Canada (Between the Lines Press, 2018) with Michael Dawson and Catherine Gidney.