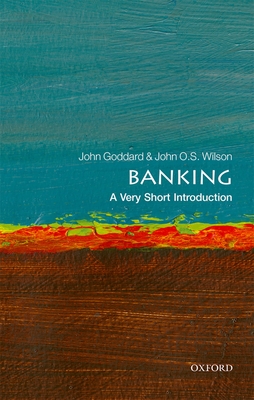 
Backordered
Banks are of central importance for economic growth, the allocation of capital, competitiveness, and financial stability. Propelled by technological advances in financial analysis and financial deregulation, the banking industry's investment played a key role in enhancing national economic
growth in the early 21st century. The global financial crisis in 2007 revealed the banking world's feet of clay. Since 2007, the turmoil in the global financial system has prompted a fundamental reappraisal of the scale, scope, governance, performance, safety and soundness of banks and other financial institutions. In this Very Short Introduction John Goddard and John Wilson explore the world of banking,
describing the role of central banks in national and global economies, and analyzing the increasing supervision and regulation imposed on the banking industry. Looking to the future, the authors consider proposals for reform of the banking industry, and the prospects of a resolution of the
closely-related banking and sovereign debt crises. ABOUT THE SERIES:
The Very Short Introductions series from Oxford University Press contains hundreds of titles in almost every subject area. These pocket-sized books are the perfect way to get ahead in a new subject quickly. Our expert authors combine facts, analysis, perspective, new ideas, and enthusiasm to make
interesting and challenging topics highly readable.

John Wilson is Professor of Banking and Finance and Director of Research in the Management School at the University of St Andrews. He is also Director of The Centre for Responsible Banking and Finance. His books include European Banking: Efficiency, Technology and Growth (Wiley, 2001) and TheEconomics of Business Strategy (Prentice Hall, 2003) He co-edited the Oxford Handbook of Banking (with Allen Berger and Phil Molyneux) (OUP, 2009). John Goddard is Professor of Financial Economics and Deputy Head of Bangor Business School at Bangor University. He has published articles in Journal of Money Credit and Banking, Journal of Banking and Finance, Journal of Forecasting, European Journal of Operational Research and InternationalJournal of Industrial Organization. His books include Industrial Organization: Competition Strategy and Policy (with John Wilson and Dr John Lipczynski) (Pearson, 2013).