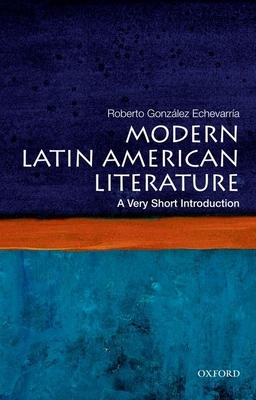 In the 1960s, Latin American literature became known worldwide as never before. Writers such as Jorge Luis Borges, Gabriel Garc a M rquez, Mario Vargas Llosa, Carlos Fuentes, Pablo Neruda, Octavio Paz, and Mario Vargas Llosa all became part of the general culture of educated readers of
English, French, German, and Italian. But few know about the literary tradition from which these writers emerged. Modern Latin American Literature: A Very Short Introduction remedies this situation, providing an overview of Latin American literature from the late eighteenth century to the present.
Roberto Gonz lez Echevarr a covers a wide range of topics, large and small, highlighting how Latin American literature became conscious of its continental scope and international reach in moments of political crisis, such as independence from Spain, the Spanish-American War, and the Mexican and
Cuban revolutions. Within this narrative, the author discusses the major writers of Latin American literature, from Andr's Bello and Jos Mar a Heredia through Borges and Garc a M rquez to Fernando Vallejo and Roberto Bola o. About the Series: Combining authority with wit, accessibility, and style, Very Short Introductions offer an introduction to some of life's most interesting topics. Written by experts for the newcomer, they demonstrate the finest contemporary thinking about the central problems and issues in hundreds
of key topics, from philosophy to Freud, quantum theory to Islam