Love and Shame and Love: A Novel (Paperback) 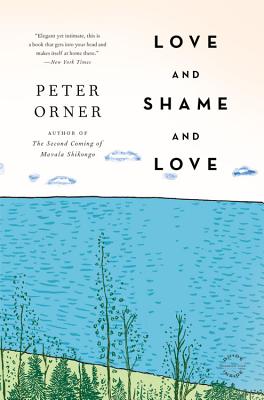 Love and Shame and Love: A Novel (Paperback)

I loved this novel about three male generations of a Chicago Jewish family and the women they loved, for the strikingly original manner in which the tale is told and for the emotional response it evoked in me. Through the memories presented in its many short chapters, a portrait of a family whose members struggle to connect emerges. These vignettes, presented in a chronologically meandering order, are about the odd details, the strange moments in life whose emotional punch we recall more powerfully than the big events of our lives. Reading this novel triggered my own compelling memories— the image of looking out of an attic window and being surprised that the view is no different, took me back to my fascination with the attic window in my parents’ house. A simple detail, but powerful and poignant, a longing for something I can’t quite put my finger on. This book will stay with me.

— From Jeanne's Picks
Alexander Popper can't stop remembering. Four years old when his father tossed him into Lake Michigan, he was told, Sink or swim, kid. In his mind, he's still bobbing in that frigid water. The rest of this novel's vivid cast of characters also struggle to remain afloat: Popper's mother, stymied by an unhappy marriage, seeks solace in the relentless energy of Chicago; his brother, Leo, shadow boss of the family, retreats into books; paternal grandparents, Seymour and Bernice, once high fliers, now mourn for long lost days; his father, a lawyer and would-be politician obsessed with his own success, fails to see that the family is falling apart; and his college girlfriend, the fiercely independent Kat, wrestles with impossible choices.

Covering four generations of the Popper family, Peter Orner illuminates the countless ways that love both makes us whole and completely unravels us. A comic and sorrowful tapestry of memory of connection and disconnection, Love and Shame and Love explores the universals with stunning originality and wisdom.
Peter Orner is the author of three widely praised books, Esther Stories and The Second Coming of Mavala Shikongo, and Love and Shame and Love.  His work has appeared in the Atlantic Monthly and The Best American Short Stories, and has been awarded two Pushcart Prizes.  A former Guggenheim Fellow, Orner is now a faculty member at San Francisco State University.