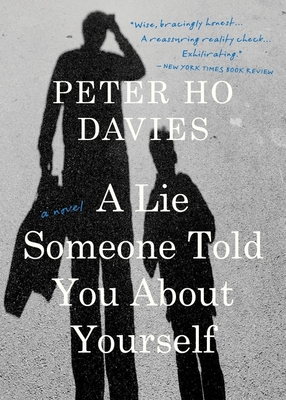 This is the best novel I’ve read in a long time. I foresee rereading it from time to time for its wisdom, for companionship as I age, gleaning something new from it each time. I found the narrative style downright exciting—the short sentences, sentence fragments communicate ever so much to the reader. The characters are nameless: he, a son/husband/father; she, a daughter/mother/wife; and their son, the boy—everyman, woman, child. The challenges of marriage, but particularly parenthood, (which here include an Abortion and raising an Autistic child), and the resulting lifelong shame and guilt, are all presented with uncompromising honesty, but the book is also generously peppered with wonderfully dark humor (“A bad laugh even better than a good cry”). This is a novel that will resonate for parents, but also speaks volumes to the child in all of us, as it also captures those moments in which parents find themselves “breathless with love” for their child. I am in awe of this truly remarkable book.

A heartbreaking, soul-baring novel about the repercussions of choice that “will strike a resonant chord with parents everywhere,” (Kirkus Reviews, starred review) from the award-winning author of The Welsh Girl and The Fortunes

A Lie Someone Told You About Yourself traces the complex consequences of one of the most personal yet public, intimate yet political decisions a family can make: to have a child, and conversely, to choose not to have a child. A first pregnancy is interrupted by test results at once catastrophic and uncertain. A second pregnancy ends in a fraught birth, a beloved child, the purgatory of further tests—and questions that reverberate down the years.

When does sorrow turn to shame?
When does love become labor?
When does chance become choice?
When does a diagnosis become destiny?
And when does fact become fiction?

This spare, graceful narrative chronicles the flux of parenthood, marriage, and the day-to-day practice of loving someone. As challenging as it is vulnerable, as furious as it is tender, as touching as it is darkly comic, Peter Ho Davies’s new novel is an unprecedented depiction of fatherhood.

“There are some stories that require as much courage to write as they do art. Peter Ho Davies’s achingly honest, searingly comic portrait of fatherhood is just such a story . . . The world needs more stories like this one, more of this kind of courage, more of this kind of love.” —Sigrid Nunez, National Book Award–winning author of The Friend

PETER HO DAVIES’s novel, The Fortunes, won the Anisfield-Wolf Award and the Chautauqua Prize and was a New York Times Notable Book of the Year. He is also the author of The Welsh Girl, long-listed for the Man Booker Prize and a London Times best-seller, as well as two critically acclaimed collections of short stories. His fiction has appeared in Harpers, the Atlantic, the Paris Review, and Granta and has been anthologized in Prize Stories: The O. Henry Awards and The Best American Short Stories.

A People Book of the Week  One of USA Today's Best Books of the Year So Far A New York Times Editors' Choice A Book Riot January 2021 Book Recommendation A Millions Most Anticipated Title of 2021   "Wise, bracingly honest...A reassuring reality check...Davies throws some new ingredients into the family casserole...Nameless characters can come across as coy, but here, anonymity adds a layer of intimacy. Davies’s characters could be anyone, even you...The all-access pass is exhilarating...The family does not live happily ever after. Instead, they find their footing in ritual and routine, in peaceful and predictable exhaustion, in the hardiest kind of love."  —Elisabeth Egan, New York Times Book Review   "Astute and heartbreaking but also witty."  —People, Book of the Week   "Gemlike...The heart of the novel, though, is a piercing depiction of a marriage under intense pressure – the fear for their child’s future, the struggle for intimacy, the “scorched whispers” the couple argues in. Resolution is important in novels, but it can be a cheat in novels about parenting. The anxiety might alleviate, Davies knows, but it never quite goes away."  —USA Today (3.5/4 stars)   "Short, concisely and poetically written."  —Good Morning America   "Davies treats twists of fate with clear-eyed realism, humor, and grace."  —The New Yorker   "There is nothing superfluous in these pages, and yet Davies, whose characters’ humor carries the reader through considerable agony, allows cheerfully for life’s banality...A Lie Someone Told You About Yourself is a novel about the comedy and travails of parenting a 'twice exceptional' child that earns its place on the shelf alongside the frank and sometimes acerbic memoirs of Rachel Cusk and Anne Enright."  —Claire Messud, Harper's   "[A] powerful account of fatherhood...At times, Davies’s autofiction has the easy cadence of a stand-up set...But this is a complicated story, told with fearless honesty. The prose is rueful, spare and matter-of-fact, but emotions churn beneath the clean surface. It can be very funny, but it can also stop you in your tracks."  —Guardian   "Piercing and expansive...A unique window into just how bewildering taking care of another human can be. Also of note is Davies’ stark and refreshingly realistic portrait of the couple’s marriage...A deftly written, bittersweet and thought-provoking book about the joys and sorrows of having kids (or not), staying married (and sometimes fantasizing about not) and ushering your own parents through old age."  —San Francisco Chronicle   "A candid look at fatherhood, the stresses a family undergoes when a child is born and difficult choices one must make in life, as well as the shame that can result...One can enjoy the raw, honest depictions, the intimate details, and the fact that the story moves forward despite minimal plotting."    —Seattle Times   "[Davies'] recollections fizz with tell-all voltage...Tender yet clear-eyed, this is a thoughtful, consistently intriguing book, covering a lot of ground in a short space."  —Observer   "Award-winning writer Peter Ho Davies turns his unflinching gaze on parenthood...Th —