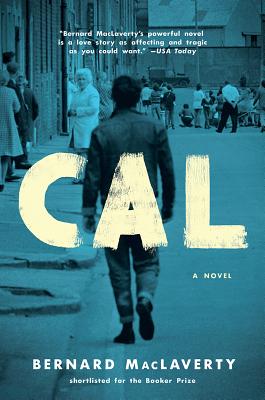 After I recently saw the movie Belfast, I thought often of Cal, a 1984 film also about the Irish “troubles.” Cal was a movie I loved so much that I bought the novel it was adapted from, but hadn’t read it until inspired to do so now. The novel, like the film is powerfully humane and tragic—all the more so because MacLaverty doesn’t take sides, but rather presents us with one heartbreaking love story, Shakespearian in its moral dimensions. Choices are made, with deadly consequences, and it becomes almost impossible for Cal to see a future in which his sin is not “clawing at him.” It struck me that this novel has special relevance in light of the centuries-old conflict that is now impacting millions of lives in Eastern Europe.

If you read and love this book, watch for Cal to reappear some day on Criterion’s streaming service. It’s one of my very favorite movies (the soundtrack by Mark Knopfler is an added bonus).

"Bernard MacLaverty’s powerful novel is a love story as affecting and tragic as you could want." —USA Today

When it was first published, Bernard MacLaverty’s masterpiece was hailed by Michael Gorra in the New York Times Book Review as "a marvel of technical perfection…a most moving novel whose emotional impact is grounded in a complete avoidance of sentimentality…[It] will become the Passage to India of the Troubles.” For Cal, a Northern Irish teenager who, against his will, is involved in the terrible war between Catholics and Protestants, some of the choices are devastatingly simple: he can work in the slaughterhouse that nauseates him or join the dole line; he can brood on his past or plan a future with the beautiful, widowed Marcella for whose grief he shares more than a little responsibility.

Bernard MacLaverty is the author of five previous collections of stories and five novels, including Grace Notes, which was shortlisted for the Booker Prize, and Midwinter Break, shortlisted for the International Dublin Literary Award. Born in Ireland, he now lives in Glasgow, Scotland.
A formidable fictional triumph.
— Observer

To fashion a short, telling novel out of the hideous complexities of Northern Ireland takes narrative skill of a high order. In Cal Bernard MacLaverty has managed to do it superbly.

Cal is a hard, dark gemstone of a book.

As a distillation of the dread and the guilt, the seeming futilities and momentary releases of life in Troubles-era Northern Ireland, it’s indelible.
— Emily Firetog - Literary Hub