The Republic of Plato (Paperback) 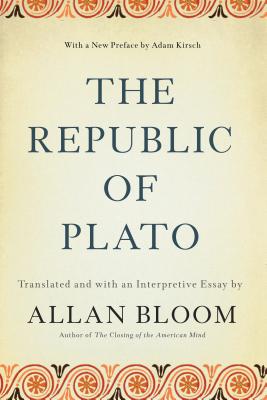 The Republic of Plato (Paperback)

By Allan Bloom (Edited and translated by), Adam Kirsch (Introduction by)


On Our Shelves Now
The definitive translation of Plato's Republic, the most influential text in the history of Western philosophy

Long regarded as the most accurate rendering of Plato's Republic that has yet been published, this widely acclaimed translation by Allan Bloom was the first to take a strictly literal approach. In addition to the annotated text, there is also a rich and valuable essay -- as well as indices -- which will enable readers to better understand the heart of Plato's intention.

This edition includes an introduction by renowned critic Adam Kirsch, setting the work in its intellectual context for a new generation of students and readers.
Allan Bloom, 1930-1992, was a professor of social thought at the University of Chicago. He was the author of many books, including the number one bestseller The Closing of the American Mind.

Adam Kirsch is a poet, critic, and an editor of The Wall Street Journal’s weekend Review section. His work appears regularly in the New York Review of Books, New Yorker, Tablet, and other publications. The author of three books of poems and several books of criticism and biography, Kirsch lives in New York City.