In The Lake Of The Woods (Paperback) 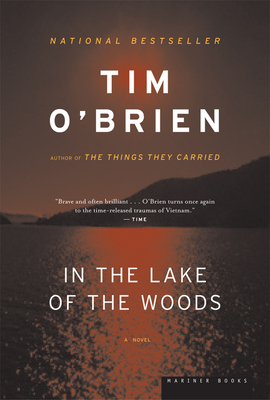 In The Lake Of The Woods (Paperback)


On Our Shelves Now
This riveting novel of love and mystery from the author of The Things They Carried examines the lasting impact of the twentieth century’s legacy of violence and warfare, both at home and abroad. When long-hidden secrets about the atrocities he committed in Vietnam come to light, a candidate for the U.S. Senate retreats with his wife to a lakeside cabin in northern Minnesota. Within days of their arrival, his wife mysteriously vanishes into the watery wilderness.

TIM O’BRIEN received the 1979 National Book Award for Going After Cacciato. Among his other books are The Things They Carried, Pulitzer Finalist and a New York Times Book of the Century, and In the Lake of the Woods, winner of the James Fenimore Cooper Prize. He was awarded the Pritzker Literature Award for lifetime achievement in military writing in 2013.