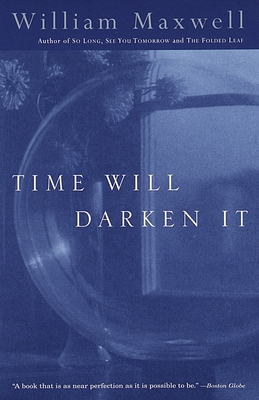 
Usually Available in 2-5 Days
Pregnant with her second child, Martha King finds her marriage to lawyer Austin King more and more frustrating when her husband befriends his young foster cousin, Nora, and, in the process, unwittingly jeopardizes his marriage, career, and place in the community.

William Maxwell was born in 1908, in Lincoln, Illinois. When he was fourteen his family moved to Chicago and he continues his education there and at the University of Illinois.  After a year of graduate work at Harvard he went back to Urbana and taught freshman composition, and then turned to writing.  He has published six novels, three collections of literary essays and reviews, and a book for children.  For forty years he was a fiction editor at The New Yorker. From 1969 to 1972 he was president of the National Institute of Arts and Letters,  He received the Brandeis Creative Arts Award Medal and, for So Long, See You Tomorrow,  the American Book Award and the Howells Medal of the American Academy of Arts and Letters. He died in 2000.