The Rubáiyát of Omar Khayyam: A New Translation from the Persian (Paperback) 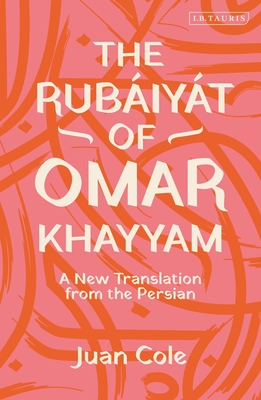 The Rubáiyát of Omar Khayyam: A New Translation from the Persian (Paperback)


Email info@literatibookstore.com or call for price
A repository of subversive, melancholic and existentialist themes and ideas, the rubaiyat (quatrains) that make up the collected poems attributed to the 12th century Persian astronomer Omar Khayyam have enchanted readers for centuries. In this modern translation, complete with critical introduction and epilogue, Juan Cole elegantly renders the verse for contemporary readers. Exploring such universal questions as the meaning of life, fate and how to live a good life in the face of human mortality, this translation reveals anew why this singular collection of poems has struck a chord with such a temporally and culturally diverse audience, from the wine houses of medieval Iran to the poets of Western twentieth century modernism.
Omar Khayyam (1048 - 1131) was a Persian astronomer and mathematician born in Nishapur in northeastern Iran who lived and worked at the courts of the Seljuk dynasty. Modern scholars agree that there is very little (if any) of the collected work of poetry know as the Rubaiyat of Omar Khayyam that can be certainly attributed to the historical figure. A tradition of attribution grew up in the centuries after Khayyam's death which culminated in Edward Fitzgerald's translation in the 19th Century. Juan Cole is a public intellectual, prominent blogger and essayist, and the Richard P. Mitchell Collegiate Professor of History at the University of Michigan, USA. He is the translator of Broken Wings and The Vision by Khalil Gibran.