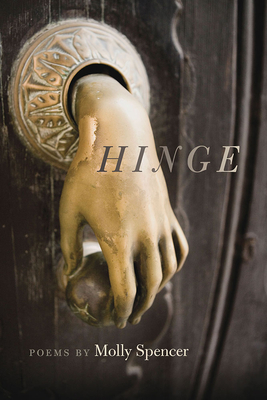 Finding joy and beauty in the face of suffering

Readers enter “a stunted world,” where landmarks—a river, a house, a woman’s own body—have become unrecognizable in a place as distorted and dangerous as any of the old tales poet Molly Spencer remasters in this elegant, mournful collection. In myth and memory, through familiar stories reimagined, she constructs poetry for anyone who has ever stumbled, unwillingly, into a wilderness. In these alluring poems, myth becomes part of the arsenal used to confront the flaws and failures of our fallible bodies. Shadowing the trajectory of an elegy, this poetry collection of lament, remembrance, and solace wrestles with how we come to terms with suffering while still finding joy, meaning, and beauty.

Spencer alternates between the clinical and the domestic, disorientation and reorientation, awe and awareness. With the onset of a painful chronic illness, the body and mental geography turn hostile and alien. In loss and grief, in physical and psychological landscapes, Spencer searches the relationship between a woman’s body and her house—places where she is both master and captive—and hunts for the meaning of suffering. Finally, with begrudging acceptance, we have a hypothesis for all seasons: there is suffering, there is mercy; they are not separate but are for and of one another.
Molly Spencer’s poetry has appeared in Blackbird, Copper Nickel, FIELD, Gettysburg Review, New England Review, Ploughshares, and Prairie Schooner. She is a poetry editor at Rumpus. Her debut collection, If the House, won the 2019 Brittingham Prize, selected by Carl Phillips.

“These lyric poems alter time, expanding temporality into a sort of epic and ominous endlessness.”—Alina Stefanescu, On the Seawall

"If each 'I' in America could find the tenderness within struggle and pain, as Spencer does in her poems, I think we might find a way to find home in the inbetween, where there is space enough for all of us. Which is what, for me, makes Molly Spencer’s work remarkable and worth reading again and again."—Twila Newey, EcoTheo Review

“The world of Hinge expresses a need for fairy tales not because they take away pain, but because they represent it. The collection speaks to a very honest fear that lives in so many: that winter is coming and loss hovers on the horizon. But perhaps, as the doctor reminds the speaker, ‘people learn to live with pain.’ Rest and pain are both part of this world. Spencer has crafted a collection that thrives in contradiction, buoying opposing forces that fuse into an eerie, ethereal, ultimately hopeful truth.”—Megan Otto, Chicago Review of Books

“Through legend and landscape, in her lush and razor-sharp lines, Molly Spencer’s newest collection, Hinge, navigates mothering and the passage of time in the throes of chronic illness. Her poems illuminate what it means to inhabit a body turning on itself, to come to knowledge by loss and by absence. These are poems that exquisitely tend to the work of living.”—Lena Khalaf Tuffaha, author of Water Salt

“In Hinge, Molly Spencer speaks to us from both sides of a door ajar. As observer and observed, mother and patient, the poet recounts her constant movement between deep interior darknesses and the thin winter light outside. Tender and profound, Hinge’s powerful portrait of survival offers us a thing with feathers—a hope that flits between rooms, from shadow to light, before settling down to stay. What an extraordinary collection, every line fueled by a resilient, remarkable heart.”—Jennifer Richter, author of No Acute Distress and Threshold

“Molly Spencer’s stunning collection Hinge refracts the subjects of childhood, marriage, and parenthood through chiseled, mythologizing language, such that domestic life becomes elevated into the full lyric complexity it deserves. At the same time, a narrative of illness and autoimmunity cuts across the book, creating a ‘wraith’ of the speaker that ‘flickers, / moonlit, on [medical] screens.’ Not only does the language in Hinge feel hard-won in the best sense, but so, too, do its domestic spaces themselves. ‘Every day is a creation story,’ Spencer tells us in these layered, moving poems, reminding us of the simple fact that our private rooms full of ‘metronomic’ breathing are, ultimately, where a ‘life will happen.’”—Wayne Miller, author of Post-

“Hinge does not necessarily open easily to its readers, but what it opens onto is a beautiful if sometimes frightening world well worth entering. Molly Spencer’s ear is acute, and her eyes are open wide, as she surveys a lifetime riddled (in both senses) by chronic pain (in multiple senses). Surprising and memorable images are everywhere, especially in her recasting of fairy tales and in multipart poems such as ‘Patient Years,’ ‘The Objects of Faith,’ and ‘First House’—where her hard-won resistance to adversity is captured in lines such as these: ‘At some point the cold runs out / of options. The crocus / shoves its dumb face / through wasting scraps of snow.’ So much of value hinges upon Hinge.”— Stephen Corey, longtime editor of The Georgia Review and author of Startled at the Big Sound: Essays Personal, Literary, and Cultural