A Room in California (Paperback) 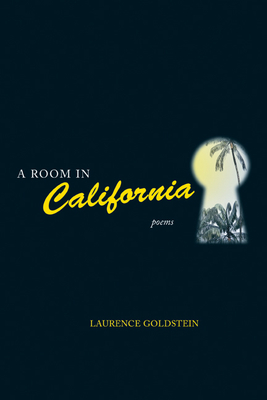 A Room in California (Paperback)


Email info@literatibookstore.com or call for price
Southern California is one of two significant places in Laurence Goldstein's fourth collection of poems. A native of Los Angeles, the author re-encounters the vivid ghosts of an exotic personal landscape: Criswell the TV prophet, Madame Nhu at the Beverly Wilshire Hotel, Mickey Cohen in a downtown deli, Bob Hope in a photo shoot with the poet's family. From the Pacific boardwalk to Death Valley, these poems enliven their borderlands with pungent language and dramatic incident. Goldstein then takes the reader to Ethiopia, the setting of a long dramatic monologue narrated by a young American woman seeking the reincarnation of the medieval Christian potentate Prester John, for help in the apocalyptic wars of the twenty-first century.

His most ambitious book to date, the subjects in this collection range from the aging pear tree and the domestic living room, to Nordic witches and Nazi demons. Some poems are in fixed forms including the villanelle "Rock Star," the sonnet translation from Verlaine, "Langueur," and the rhymed quatrains of a narrative poem adapted from a short story by Arthur Miller. Other poems employ organic style to explore the poet's situation, or predicament, in the culture he has outlived and the culture he has inherited.

Laurence Goldstein is professor of English at the University of Michigan. He is the author of numerous books of literary and cultural criticism, as well as three books of poetry, most recently Cold Reading (Copper Beech Press, 1995). He has been the editor of Michigan Quarterly Review since 1977.

"At once contemplative, haunting and joyful, <i>A Room in California</i> is a very large room, indeed. Laurence Goldstein is one of the few poets writing today who can comfortably and brilliantly mix popular culture with the classics, and use as perfect backdrop politics, history, art and film. The gorgeous ease with which he creates sweeping free verse lines, tight iambics and rhyme schemes melding language with subject, makes this book into a world blessedly rich with talent and importance." --Susan Hahn


"The subject of <i>A Room in California</i> is imaginary kingdoms, from Hollywood to those in the Near East, and the drama of these poems grows out of the disparity between being merely human and, simultaneously, imagining oneself as a ruler or a god. The poems are about fantasy projections and fantastical declines and falls, and they speak to all of us who have kept scrapbooks, gone to movies, read voraciously, and watched fortune's wheel lift up some and drop others. These are beautiful, intricate poems, and this is a book of wonders."
--Charles Baxter


"The vivacity of these disabused stanzas suggests that their author hasn't had so much joy in life as he has had many joys; reason enough, certainly, for making many intelligent poems. As Goldstein says on rereading the 'Ode to Duty,' 'we chafe, nonetheless, in our wild Emersonian souls.' Such abrasion, surely, is responsible for the observations of a spirit sufficiently troubled by American memories to seek consolation, even pleasure, in verse." --Richard Howard