Everything and Nothing (New Directions Pearls) (Paperback) 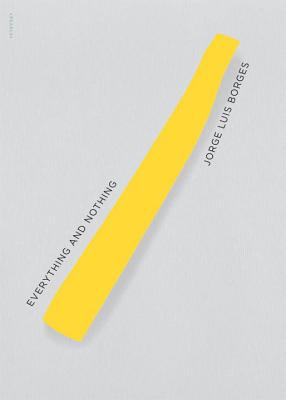 Everything and Nothing (New Directions Pearls) (Paperback)

A pocket-sized Pearls edition of some of Borges’ best fictions and essays.

Everything and Nothing collects the best of Borges’ highly influential work—written in the 1930s and ‘40s—that foresaw the internet (“Tlön, Uqbar, Orbis Tertius”), quantum mechanics (“The Garden of Forking Paths”), and cloning (“Pierre Menard, Author of the Quixote”). David Foster Wallace described Borges as  “scalp-crinkling . . . Borges’ work is designed primarily as metaphysical arguments...to transcend individual consciousness.”

Eliot Weinberger is an essayist, editor, and translator. He lives in New York City.
Some of the most witty, uncannily original short fiction in Western Literature.
— The New Yorker

As Carlos Fuentes remarked, without Borges, the modern Latin American novel simply would not exist.
— Gene H. Bell - The Nation

Like the great artists of other centuries, he engages the heart as well as the intelligence; his genius strikes, undismayed as Theseus, through the labyrinths of our life and time to the accomplishment of new, inspiring and stunningly beautiful work.
— John Barth