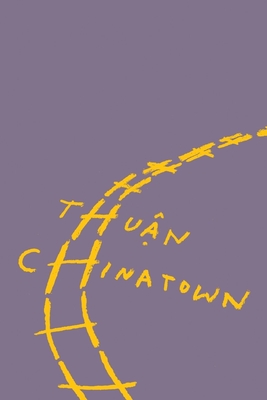 By Thuan, Nguyen An Lý (Translated by)

An exquisite and intense journey through the labyrinths of Hanoi, Leningrad, and Paris—through dreams, memory, and loss

An abandoned package is discovered in the Paris Metro: the subway workers suspect it’s a terrorist bomb. A Vietnamese woman sitting nearby, her son asleep on her shoulder, waits and begins to reflect on her life, from her constrained childhood in communist Hanoi, to a long period of study in Leningrad during the Gorbachev period, and finally to the Parisian suburbs where she now teaches English. Through everything runs her passion for Thuy, the father of her son, a writer who lives in Saigon’s Chinatown, and who, with the shadow of the China-Vietnam border war falling darkly between them, she has not seen for eleven years.

Through her breathless, vertiginous, and deeply moving monologue from beside the subway tracks, the narrator attempts to once and for all face the past and exorcize the passion that haunts her.

THUAN (Doan Anh Thuan) was born in 1967 in Hanoi. Chinatown is her twelfth novel and her first to be translated into English. She is a recipient of the Writers’ Union Prize, the highest award in Vietnamese literature.

Nguyen An Lý lives in Hochiminh City, translates books mostly from English to Vietnamese and co-edits the online open-acess Zzz Review.
Chinatown is a fever dream, a hallucination, a loop in time and life that Thuan masterfully deploys to capture the disorienting and debilitating effects of migration, racism, and a broken heart in both Viet Nam and France. I was completely immersed in this spellbinding novel.

Thu?n, in her English-language debut, delivers a powerful examination of a woman’s remembering and forgetting....Comprised of a single, breathless paragraph interrupted only by the occasional excerpt from I’m Yellow, her novel in progress about a man who leaves his family, Thu?n’s tightly coiled narrative paints a portrait of a woman desperately trying to make sense of her past (“You must forget in order to live,” she claims). As the woman’s thoughts spin round and round, Thu?n draws the reader ever closer to the question at the core of the novel: Is it actually possible to forget in order to live? This heralds a remarkable new voice.

[A] delightfully prickly and defiantly inscrutable act of resistance: against simple narratives, against our aversion to what we don’t understand, and against anything soullessly practical.
— Chelsea Leu - Astra Magazine

A virtuosic stream-of-consciousness mapping of the afterlives of diaspora.
— The New Yorker

Like Duras, Thuân is an intensely poetic writer. She relies so heavily on repetition that Chinatown's text often seems to have refrains, like a ghazal or villanelle would. In many writers' hands, this strategy could be deadening, but Thuân excels at creating momentum through language, and Nguyen An Lý translates that momentum beautifully. Chinatown exerts a near-tidal pull on the reader.

Surprising and brilliant...an astonishing work of sharp wit and profound tragedy that refuses to be flattened into a single representation.
— Lamorna Ash - Times Literary Supplement

Thuân recreates the rich texture of the past as it exists for those severed from their origins, a layering of memories, historical eras, and personal milestones that shifts and melds.
— Alice Stephens - Washington Independent

Chinatown is a breathless work of fiction that whirls through dreams and memory and places like Hanoi, Leningrad, and Paris, where the narrator (a Vietnamese immigrant) lives with her son. The book is drenched with intense longing and it has a Marguerite Durasian nouveau roman, no-nonsense kind of vibe. It made me dizzy and lovesick at once.

Novels about the immigrant experience aren’t renowned for mirth—too often they are drearily po-faced or blandly sentimental; so Chinatown’s sardonic facetiousness is refreshing.