I Want to Be Once (Made in Michigan Writers) (Paperback) 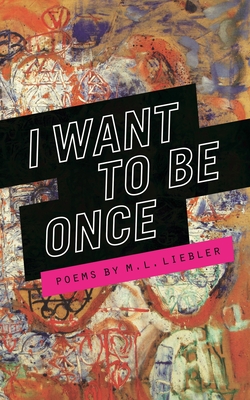 I Want to Be Once (Made in Michigan Writers) (Paperback)

In I Want to Be Once, M. L. Liebler approaches current events with a journalistic eye and a poet's response. Part autobiographical, part commentary, the lines of Liebler's poems come hard-hitting, but not without moments of great tenderness and humanity.

Ordered into three sections, I Want To Be Once provides readers with a look into the author's personal life, as well as our collective history as a nation vis-a-vis the American media. The first section, called American Life, captures the experience of coming of age in working-class 1960s America and helps to paint the picture of Liebler's early political involvement. The poems in the second section, American War, focus on the author's cultural work in Afghanistan for the U.S. State Department; Liebler successfully captures the sad realities and fleeting stability of everyday life in Kabul, Jalalabad, and Kandahar. In the final section, American Psalms, the short, satirical poems muse on present-day American society, culture, and the arts. In these poems, Liebler remarks on everything from public education to public radio to Russia's feminist punk rock protest group Pussy Riot and more. The poems in I Want to Be Once are emotionally grounding but punctuated with a humor that keeps things in perspective. Readers with an interest in poetry and social commentary will be drawn to this engaging collection.
M. L. Liebler is an award-winning poet, literary arts activist, and professor. He is the author of several books of poetry, including Wide Awake in Someone Else's Dream (Wayne State University Press, 2008), and an editor of the anthology Working Words: Punching the Clock and Kicking Out the Jams. He is also co-editor of Bob Seger's House and Other Stories (Wayne State University Press, 2016). He has taught at Wayne State University since 1980.