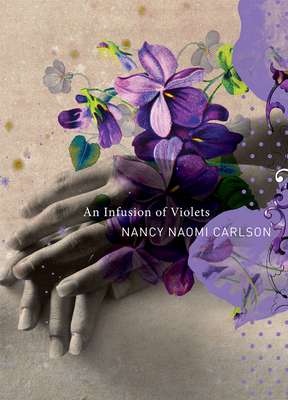 
Email info@literatibookstore.com or call for price
Using the same musical sense of language she applies to her translations, Nancy Naomi Carlson masterfully interprets herself in An Infusion of Violets. The sometimes erotic, sometimes melancholy landscapes she creates as the self-appointed sitar’s “ragged throat, pitched / between here and when, / caught in quartertones,” take our breath away. Carlson describes an interior world where tears can produce “so much salt a body floats away,” where “music tuned to loss descends with rain,” and where hope is placed in the “kill-cure.” Here we encounter Carlson’s ex-husbands and luminaries such as Rachmaninoff and Monet, among others. Filled with striking images and sensuous language, An Infusion of Violets is an evocative mix of formal and free-verse poems.

Nancy Naomi Carlson is a writer and translator who has published eleven books, most recently An Infusion of Violets, also published by Seagull Books. She is professor of counseling at Walden University.
"Carlson uses controlled lines and a lyrical voice to plumb the self, often with biblical overtones."
— New York Times

"An Infusion of Violets is a lyric distillation of the last two decades of Carlson’s life. An accomplished musician, Carlson’s aesthetic sensitivity is expressed through formal and free verse poems, where sound and meaning intersect as she traces the arcs of love, loss, illness, art, nature, and renewal. . . offering the careful reader an almost kinesthetic experience, infused with memories and imaginings."
— Los Angeles Review of Books

“The multifaceted Nancy Naomi Carlson delivers poetic riches in her third collection, spooling out lines that engage all the senses while weaving threads of spirituality, eroticism, and art into one rich tapestry. With poems that traverse that spectrum from formal to free, An Infusion of Violets offers readers an opportunity to join Carlson in the great conversation of poetry that effortlessly spans cultures, languages, and time.”
— World Literature Today

"The title foretells the lushness of lines. As a translator, Carlson knows the value of the rarefied word - she makes decisions from other languages in terms of cadence and sound. This shows up in her careful and credible writing where each phrase is a result of a hard choice. . . . These poems, years in the writing, radiate inward. She's right to call it an infusion."
— Midwest Book Review

"Solitude and quiet strength run throughout the elegant, understated writing in 'An Infusion of Violets'."
— The Washington Post