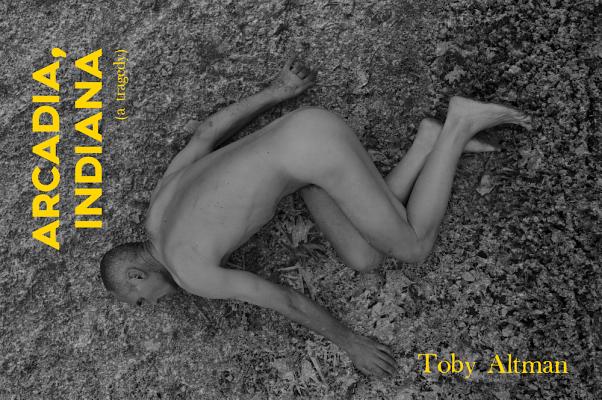 
On Our Shelves Now
Drama. Poetry. ARCADIA, INDIANA is a mutant tragedy, a five act-sonnet sequence, staged in the trash-choked landscape of pastoral fantasy. It plays with narrative, labor, sexuality, and form, starting with a murder in an Indiana steel factory and ending with the Sphinx refusing all of Oedipus' solutions to her riddles. This play is a Renaissance tragedy in contemporary drag, destabilizing literary boundaries to develop a poetics of trash, in which the repressed and discarded parts of (literary) history return to strangle their point of origin.

The factories were once the future, then they became the 'rustbelt, ' the ruins of that future, then it turned out--with the economic meltdown and the Republican power take over--that it had been the future all along. In Toby Altman's marvelously precise, vertigonously playful and formally volatile ARCADIA, INDIANA, the comma of the title is the star, the true title, the space in time where the play takes place: In that space, this necropastoral play reveals that Indiana was always based on arcadia, and arcadia always had a toxic Indiana seeping through its beautiful--pre-dead, un-dead, super-dead--bodies. With this potent, maximalist work, Altman joins a language-saturated tradition of drama as poetry, or poetry as pageantry, which might also include Heiner Muller, Suzan Lori Parks, Joyelle McSweeney and Mac Wellman. At times this work reads like a crucial report from the poisoned heart of America. At other times, it reads like an ecstatic source book for how to destroy/remake theater.--Johannes G ransson.