Folktales and Legends of the Middle West (Paperback) 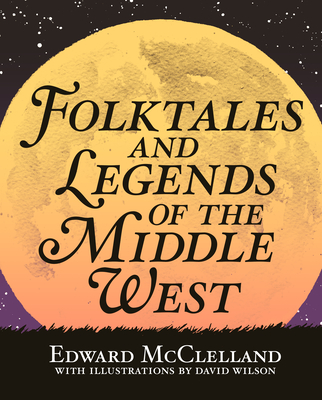 Folktales and Legends of the Middle West (Paperback)


Usually Available in 2-5 Days
America’s first superheroes lived in the Midwest. There was Nanabozho, the Ojibway man-god who conquered the King of Fish, took control of the North Wind, and inspired Longfellow's The Song of Hiawatha. Paul Bunyan, the larger-than-life North Woods lumberjack, created Minnesota’s 10,000 lakes with his giant footsteps. More recently, Pittsburgh steelworker Joe Magerac squeezed out rails between his fingers, and Rosie the Riveter churned out the planes that won the world's most terrible war. In Folktales and Legends of the Middle West, Edward McClelland collects these stories and more. Readers will learn the sea shanties of the Great Lakes sailors and the spirituals of the slaves following the North Star across the Ohio River, and be frightened by tales of the Lake Erie Monster and Wisconsin's dangerous Hodag. A history of the region as told through its folklore, music, and legends, this is a book every Midwestern family should own.
Edward McClelland is a journalist. His writing has appeared in publications such as the Columbia Journalism Review, Los Angeles Times, New York Times, and Salon. He is the author of How to Speak Midwestern, Nothin’ But Blue Skies and Young Mr. Obama. He lives in Chicago.
“A dictionary wrapped in some serious dialectology inside a gift book trailing a serious whiff of Relevance.”  —The New York Times on How to Speak Midwestern

"An inherently fascinating history of the region as told through its folklore, music, and legends, Folktales and Legends of the Middle West features the occasional black-and-white illustrations of David Wilson. Entertaining, informative, appealing, charming, and a thoroughly compelling read from first page to last." —Midwest Book Review