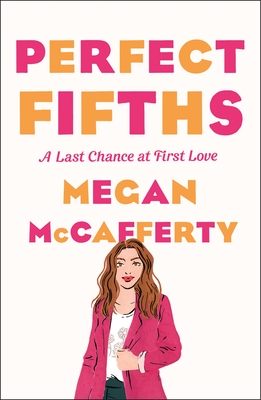 This is book number 5 in the Jessica Darling series.

Jessica thought her Pineville, New Jersey life was behind her. Now a young professional, she’s ready to keep moving forward—until she (literally) runs into her former boyfriend Marcus Flutie at the airport on her way to her best friend’s Caribbean wedding. Marcus and Jessica have both changed dramatically, yet their connection feels as familiar as ever. Is their reunion just a fluke? Or is this momentous collision orchestrated by fate?

Readers have followed Jessica through every step (and misstep) from her life as a high schooler, to her years in college, and a twenty-something stumbling towards adulthood. In Perfect Fifths, the hilarious and satisfying conclusion to the Jessica Darling series, readers will finally get a peek inside the mind of Marcus Flutie, with a finale perfect in its imperfections.