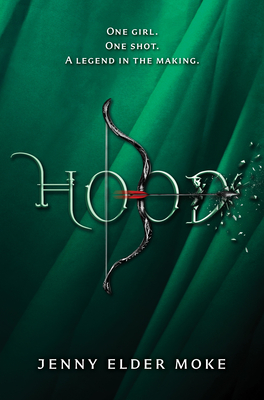 
On Our Shelves Now
You have the blood of kings and rebels within you, love. Let it rise to meet the call.Isabelle of Kirklees has only ever known a quiet life inside the sheltered walls of the convent, where she lives with her mother, Marien. But after she is arrested by royal soldiers for defending innocent villagers, Isabelle becomes the target of the Wolf, the ruthless right hand of the corrupt King John. To keep her daughter safe, Marien helps Isabelle escape and sends her on a mission to find the only person who can save them now: the infamous outlaw Robin Hood. Who also happens to be Isabelle's father. Isabelle races to stay out of the Wolf’s clutches and find the father she’s never known, thrusting her into a world of thieves and mercenaries, roguish young outlaws, new enemies with old grudges, and a king who wants her entire family dead. As she fights for her rightful place among the Merry Men in a desperate bid to stop the Wolf's merciless plans, can Isabelle find the strength to defy the crown and save the lives of everyone she holds dear?
In Hood, author Jenny Elder Moke reimagines the world of Robin Hood in lush, historical detail and imbues her story with more breathless action than has ever come out of Sherwood Forest before.
Jenny Elder Moke writes young adult fiction in an attempt to recapture the shining infinity of youth. She worked for several years at an independent publisher in Austin before realizing she would rather write the manuscripts than read them. When she is not writing, she’s gathering story ideas from her daily adventures with her two rapscallions and honing her ninja skills as a black belt in Tae Kwon Do. Jenny lives in Denver, Colorado with her husband and two children.
A twisty, fast-paced adventure that will be an excellent addition to every collection, but especially where mythology, legend, and historical fiction are in demand.——SLJ

Moke does the Robin Hood tale justice, imbuing the legend with historical accuracy and a good dosage of the classic, jovial shenanigans of the Merry Men, outlandish disguises and cunning feats included. The focus on the children of legendary figures allows some wiggle room to play on the old tales, and romance fans will be pleased by the simmering relationship between Isabelle and one of the Merry Men. The story is by turns romping and tragic, and the resounding theme of fighting injustice and oppression rings true for present times.——BCCB

With a strong and appealing female lead and the younger generation of Merry Men at the center of this novel, readers will be engaged and excited by this new look at a familiar story. The quick pace, daring rescues, and, of course, plenty of archery will keep the pages turning... An exciting read from beginning to end.——Kirkus