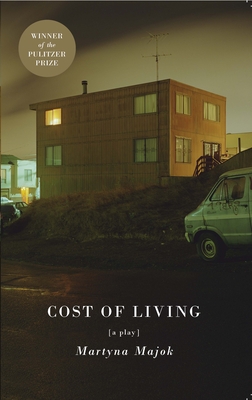 "Immensely haunting... The first of many great things about Martyna Majok's Cost of Living... is the way it slams the door on uplifting stereotypes... Ms. Majok has engineered her plot to lead naturally to moments of intense and complicated pungency... If you don't find yourself in someone in Cost of Living, you're not looking." --Jesse Green, New York Times

Winner of the 2018 Pulitzer Prize for Drama, Cost of Living deftly challenges the typical perceptions of those living with disabilities and delves deep into the ways class, race, nationality, and wealth can create gulfs between people, even as they long for the ability to connect. Eddie, an unemployed truck driver, and his estranged ex-wife, Ani, find themselves unexpectedly reunited after a terrible accident leaves her quadriplegic. John, a brilliant PhD student with cerebral palsy, hires Jess, a first-generation recent graduate who has fallen on desperate times, as his new aide.