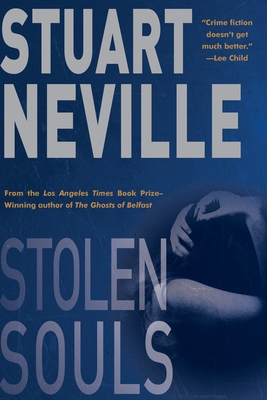 This is book number 3 in the The Belfast Novels series.

Galya Petrova travels to Ireland on a promise that she will work for a nice Russian family, teaching their children English. Instead, she is dragged into the world of modern slavery, sold to a Belfast brothel, and held there against her will.

She escapes at a terrible cost—the slaying of one of her captors—and takes refuge with a man who offers his help. As the traffickers she fled scour the city for her, seeking revenge for their fallen comrade, Galya faces an even greater danger: her savior is not what he seems. She is not the first trafficked girl to have crossed his threshold, and she must fight to avoid their fate.

Detective Inspector Jack Lennon wants a quiet Christmas with his daughter, but when an apparent turf war between rival gangs leaves bodies across the city, he knows he won't get it. As he digs deeper into the case, he realizes an escaped prostitute is the cause of the violence, and soon he is locked in a deadly race with two very different killers.
Stuart Neville, the “king of Belfast noir” (The Guardian), is the author of nine novels, for which he has won the  Los Angeles Times Book Prize and been shortlisted for the Edgar, Macavity, Dilys, Barry, and Anthony Awards as well as the CWA Steel Dagger. He lives near Belfast.
"Stolen Souls is a nightmare story in the most noir place on earth, told by an exceptional talent. Crime fiction doesn't get much better than that."
—Lee Child

“Top-notch Irish crime fiction ... one senses a diamond-hard stillness at the heart of Neville's prose, despite the hurtling plot. This leaves us poised between savoring the beauty of his words and reading madly to get to the end.”
—Los Angeles Times

"Gripping, compassionate and packed with wonderfully realised characters, this is a book that will stay with you long after you finish it. Just three books in and Stuart Neville is already a crime-writing star."
—Mark Billingham, author of Lazybones

"Stolen Souls is another winner from a man who's rapidly establishing himself as a top-notch thriller writer. Great stuff."
—Simon Kernick

“You read Stolen Souls wincing, in thrall to Neville's brilliance but wishing you weren't.” —Guardian

“A no-frills thriller that barrels along at a ferocious pace.... Belfast looms large as a character in itself, its warren of streets simultaneously offering threat and the hope of salvation in a novel that explores not only the dark heart of the Irish sex trade but also the twisted motivations of the men who so brutally exploit women.”
—Irish Times

“If you by chance have never read Stuart Neville’s Belfast Trilogy, it’s time to redeem yourself.”
—Grift Magazine

“Neville excels at conjuring up memorable details.... A gripping excursion into the nightside of humanity, but it is not without its richness and insights. It burrows into your brain like the best dark fairy tales.”
—Mystery Scene