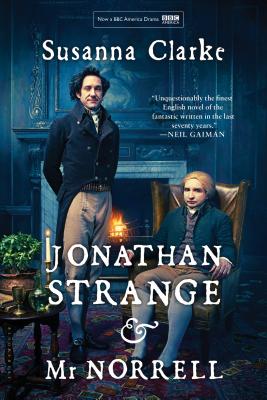 At the dawn of the nineteenth century, two very different magicians emerge to change England's history. In the year 1806, with the Napoleonic Wars raging on land and sea, most people believe magic to be long dead in England--until the reclusive Mr. Norrell reveals his powers, and becomes a celebrity overnight.

Yet the cautious, fussy Norrell is challenged by the emergence of another magician, the brilliant novice Jonathan Strange. Young, handsome, and daring, Strange is the very opposite of Norrell. He becomes Norrell's student, and they join forces in the war against France. But Strange is increasingly drawn to the wildest, most perilous forms of magic, straining his partnership with Norrell, and putting at risk everything else he holds dear.

Susanna Clarke was born in Nottingham, England, in 1959, the eldest daughter of a Methodist minister. She was educated at St Hilda's College, Oxford, and has worked in various areas of nonfiction publishing. She has published a number of short stories and novellas in American anthologies, as well as her own most recent collection of short stories entitled "The Ladies of Grace Adieu, and Other Stories."

“Ravishing . . . Combines the dark mythology of fantasy with the delicious social comedy of Jane Austen into a masterpiece of the genre that rivals Tolkien.” —Time

“Clarke's imagination is prodigious, her pacing is masterly and she knows how to employ dry humor in the service of majesty.” —Gregory Maguire, The New York Times Book Review