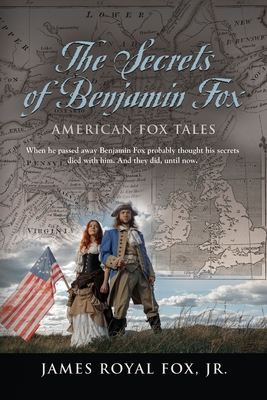 I think we all want to know where we came from. I was lucky enough to have loving parents and a father I idolized and parables about previous generations of Fox men offered many life-lessons. As I aged I wondered how my paternal ancestors had each affected their sons, to eventually provide me with such men as my father and grandfather.

In 2010 I began to research my Fox family tree and found it was pretty easy to trace back to Nicholas Fox, born in 1796, but beyond him his father was only half-suspected to be named Benjamin. Which colonial Fox family they came from was a mystery for years and I chased down many trails until I became convinced the shadowy figure only whispered in some circles, was in fact, Benjamin Kendrick Fox, the son of William and Mary (Kendrick), of the well known Virginia Fox's. Satisfied with my results, in 2017 I submitted to dna tests from both Ancestry.com and Familytreedna and that's when everything I had learned thus far, was turned on its head.

Faced with results that denied I was the son of a Fox was a surreal experience considering my family lives on a farm that has been in the Fox family for 100 years. These were the earliest results of dna testing that claimed Benjamin Kendrick Fox was not the biological son of William and Mary, but shared a common father with Ambrose Cobbs, The Planter, who had originally settled in the colonies before the Fox family had. Further, another man named Martin was assumed to be related to me over 1000 years ago. Using this information I found a connection between the Cobbs and Fox families that lasted many decades. This relationship lent credence to the clues dna was providing at the time.

Within a few years as Ydna testing became more refined results were refined; Benjamin was not the son of a Cobb, he fathered one (or Nicholas his eldest son did, as dna only proves the men share a common father). And the man named Martin, was not related 1000 or more years ago, he too was fathered by Benjamin (or Nicholas). The relationship between the Fox and Cobbs families that had been established required scrutiny through fresh eyes but it yet made sense. It was in researching the out-of-wedlock birth of Henry Franklin Martin in 1832 that clues to Benjamin's biological parentage began to surface.

History holds few documents that cite the name of Benjamin Fox, despite the fact he was assumed to be a member of the well documented Virginia Fox family. Only through the light of dna could this story be possible by revealing peripheral facts that would not have otherwise been connected. The bibliography of The Secrets of Benjamin Fox is unequaled. Both classical sources and the most recent dna developments are combined to give a rich history of this antebellum family, the life of Benjamin Fox and the little known Fox family that he sired.