Caryl Phillips: Plays One: Strange Fruit / Where There Is Darkness / The Shelter (Oberon Modern Plays) (Paperback) 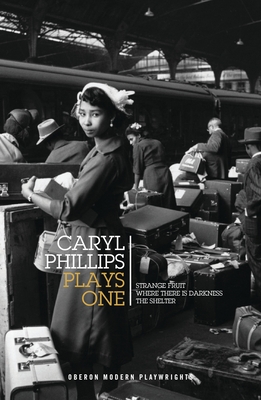 Caryl Phillips: Plays One: Strange Fruit / Where There Is Darkness / The Shelter (Oberon Modern Plays) (Paperback)

Three plays by playwright and novelist Caryl Phillips, written in the 1980s and collected here for the first time.

Strange Fruit is a powerful study of a black family caught between two cultures; Where There is Darkness examines the plight of a West Indian man, Albert Williams, on the eve of his return to the Caribbean after an absence of twenty-five years; The Shelter alternates between the late eighteenth-century and 1950s London, exploring the relationship between a black man and a white woman.
Caryl Phillips' novels include The Final Passage, The Atlantic Sound, A State of Independence, Higher Ground, Cambridge, Crossing the River, The Nature of Blood, A Distant Shore, Dancing in the Dark, The Lost Child, and A View of the Empire At Sunset.