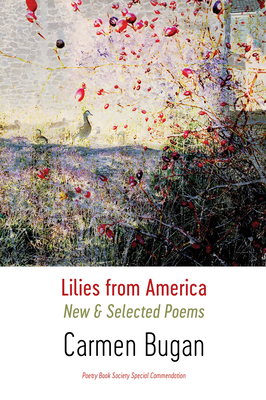 "This selection of Carmen Bugan's poems offers readers an experience with all the surprise and continuity of a long, complex novel. Childhood, youth, the move from a traditional rural world, dominated by lovingly described grandparents, to exile, urban life, parents ageing, children growing - all the private normalities which are so often the material of poetry are here. But, from the striking opening, where the poet's parents work secretly on a typewriter, buried and dug up after the children are in bed, on Samizdat protests against the government of Romania, normality collides with history. A reality of state surveillance, abuse and incarceration fills the poems with urgency, even as memories are revisited and sometimes revised.
Carmen Bugan has written over twenty-five years in fluent, graceful English verse (Romanian, Latin and French words sometimes dazzling with multiple meanings); what marks this book is awareness of a sinister other language. With the poet, we realise that this is the record of a life already recorded, in the distorting staccato of the surveillance transcript, a distortion that leaks into the language of the later poems. Yet faith in the capacity of words to deliver truth survives, reflecting and recalling the exhuming of the typewriter, even if memory is vitiated and language is profaned." --Eil an N Chuillean in