No Mud, No Lotus: The Art of Transforming Suffering (Paperback) 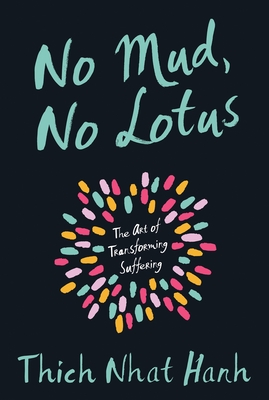 No Mud, No Lotus: The Art of Transforming Suffering (Paperback)


Usually Available in 2-5 Days
The secret to happiness is to acknowledge and transform suffering, not to run away from it. In No Mud, No Lotus, Thich Nhat Hanh offers practices and inspiration transforming suffering and finding true joy.

Thich Nhat Hanh acknowledges that because suffering can feel so bad, we try to run away from it or cover it up by consuming. We find something to eat or turn on the television. But unless we’re able to face our suffering, we can’t be present and available to life, and happiness will continue to elude us.

Nhat Hanh shares how the practices of stopping, mindful breathing, and deep concentration can generate the energy of mindfulness within our daily lives. With that energy, we can embrace pain and calm it down, instantly bringing a measure of freedom and a clearer mind.

No Mud, No Lotus introduces ways to be in touch with suffering without being overwhelmed by it. "When we know how to suffer," Nhat Hanh says, "we suffer much, much less." With his signature clarity and sense of joy, Thich Nhat Hanh helps us recognize the wonders inside us and around us that we tend to take for granted and teaches us the art of happiness.
THICH NHAT HANH is one of the most revered and influential spiritual teachers in the world today. Born in Vietnam in 1926, he became a Zen Buddhist monk at the age of sixteen. Over seven decades of teaching, he has published more than 100 books, which have sold more than five million copies in the United States alone. Exiled from Vietnam in 1966 for promoting peace, his teachings on Buddhism as a path to social and political transformation are responsible for bringing mindfulness to the West. In 1982 he established the international Plum Village Community of Engaged Buddhism in France, now the largest Buddhist monastery in Europe. He lives in Hue in Central Vietnam.