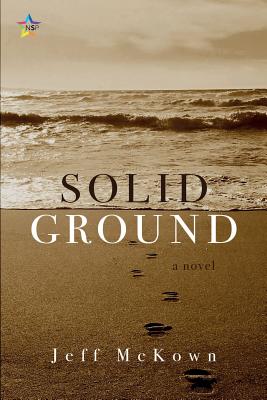 I worked with Jeff, the author, at Borders, and he is a friend. Knowing him, I’m in no way surprised that he's written a novel filled with wisdom, sensitivity, pathos, hope, humor, and irony.* What I couldn’t have known was that his debut would be so well-crafted with plot twists and turns I never saw coming, and vivid, colorful characters who absolutely come alive off the pages until you’d swear they were living and breathing in the room with you as you read. This is the story of Conor McLeish, a middle-aged gay novelist with scars from a traumatic childhood that have never healed. With decidedly mixed results, he is desperately trying to avoid sabotaging that which is good in his life, and to find that solid ground that we all seek. His colorful, dysfunctional family serves throughout as both a weight around his ankles, pulling him down, and an anchor to help ground him. Conor’s story is universal, and yet uniquely his. I cared deeply about and empathized with, each and every central character Jeff created, and I laughed, I cried, I laughed some more, and truly rooted for Conor every step of the way. I was a weeping mess when I turned the last page. This is a dazzling debut.

*I feel compelled to point out the irony of the title and the cover photo; also, consider that the story is set in Florida, which may one day be under water, and that the author lives in California, perhaps on a fault-line.

As Conor McLeish's fortieth birthday approaches, the life he's always dreamed of has finally taken shape. He has a steady day job, a debut novel, and Will, his Buddhist boyfriend of nearly a decade. He should be happy. The trouble is, Conor wouldn't know happy if it smiled, winked, and offered to buy him a drink. With a hard-earned penchant for self-sabotage and an unfortunate Jameson habit, Conor frequently finds a way to disappoint himself and those he loves.

Solid Ground is a story of personal evolution--how we are each sculpted by the past, carved out of childhood, shaped and molded by what we've done and by what's been done to us. For better or worse, who we are is the unavoidable sum of it all. But how we are, how we choose to love, and whether we stand alone in the end, that--at least in part--is up to us.