Literati is delighted to welcome Desiree Cooper in support of her debut, Know the Mother.

While a mother can be defined as a creator, a nurturer, a protector—at the center of each mother is an individual who is attempting to manage her own fears, desires, and responsibilities in different and sometimes unexpected ways. In Know the Mother, author Desiree Cooper explores the complex archetype of the mother in all of her incarnations. In a collage of meditative stories, women—both black and white—find themselves wedged between their own yearnings and their roles as daughters, sisters, grandmothers, and wives.

In this heart-wrenching collection, Cooper reveals that gender and race are often unanticipated interlopers in family life. An anxious mother reflects on her prenatal fantasies of suicide while waiting for her daughter to come home late one night. A lawyer miscarries during a conference call and must proceed as though nothing has happened. On a rare night out with her husband, a new mother tries convincing herself that everything is still the same. A politician’s wife’s thoughts turn to slavery as she contemplates her own escape: "Even Harriet Tubman had realized that freedom wasn’t worth the price of abandoning her family, so she’d come back home. She’d risked it all for love." With her lyrical and carefully crafted prose, Cooper’s stories provide truths without sermon and invite empathy without sentimentality.

Know the Mother explores the intersection of race and gender in vignettes that pull you in and then are gone in an instant. Readers of short fiction will appreciate this deeply felt collection.

A 2015 Kresge Artist Fellow, Desiree Cooper is a former attorney, Pulitzer Prize-nominated journalist and Detroit community activist whose fiction dives unflinchingly into the intersection of racism and sexism. Using the compressed medium of flash fiction, she explores intimate spaces to reveal what it means to be human. Her fiction and poetry have appeared in Callaloo, Detroit Noir, Best African American Fiction 2010, and Tidal Basin Review, among other online and print publications. Cooper was a founding board member of Cave Canem, a national residency for emerging black poets. She is currently a Kimbilio fellow, a national residency for African American fiction writers.

Know the Mother (Made in Michigan Writers) (Paperback) 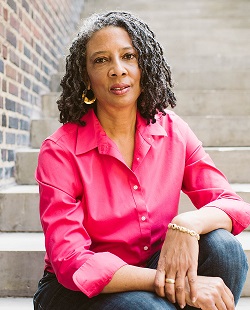