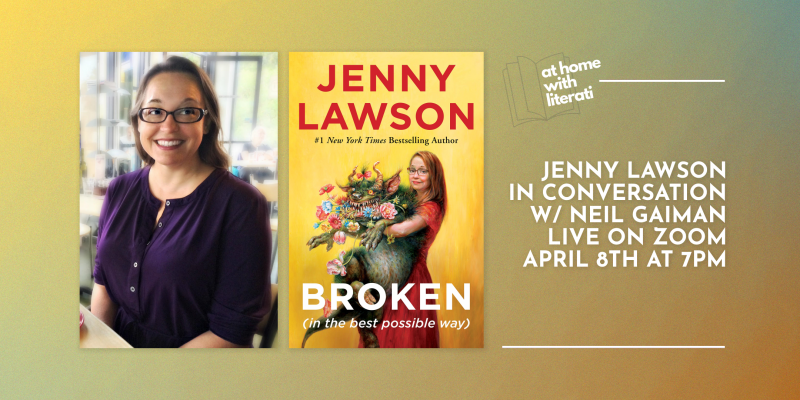 Literati is pleased to welcome Jenny Lawson in support of Broken (in the Best Possible Way). She'll be in-conversation with author Neil Gaiman.

Tickets include a signed, hardcover copy of the book to be picked up curbside at Literati Bookstore or shipped to your home anywhere in the United States, in addition to access to the virtual event. Please note we are not currently able to ship internationally. Please read ticket discriptions carefully for book fulfillment information.

About the book: From #1 New York Times bestselling author Jenny Lawson comes her most personal book yet.

As Jenny Lawson's hundreds of thousands of fans know, she suffers from depression. In Broken, she explores her experimental treatment of transcranial magnetic stimulation with brutal honesty. But also with brutal humor. Jenny discusses the frustration of dealing with her insurance company in "An Open Letter to My Insurance Company," which should be an anthem for anyone who has ever had to call their insurance company to try and get a claim covered. She tackles such timelessly debated questions as "How do dogs know they have penises?" We see how her vacuum cleaner almost set her house on fire, how she was attacked by three bears, business ideas she wants to pitch to Shark Tank, and why she can never go back to the post office. Of course, Jenny's long-suffering husband Victor--the Ricky to Jenny's Lucille Ball--is present throughout.

A treat for Jenny Lawson's already existing fans, and destined to convert new ones, Broken is a beacon of hope and a wellspring of laughter.

Jenny Lawson is an award-winning humorist known for her great candor in sharing her struggle with mental illness. She lives in Texas with her husband and daughter and was constantly “buying too many books” (“Not a real thing,” she insists), so she decided to skip the middleman and just started her own bookshop, which also serves booze because books and booze are what magic is made of. She has previously written Let’s Pretend This Never Happened and Furiously Happy, both of which were #1 New York Times bestsellers. She also wrote You Are Here, which inexplicably made it onto the New York Times bestseller list in spite of the fact that it was basically a very fun coloring book. She would like to be your friend unless you’re a real asshole. And yes, she realizes that this whole paragraph is precisely the reason she shouldn’t be allowed to write her own bio. 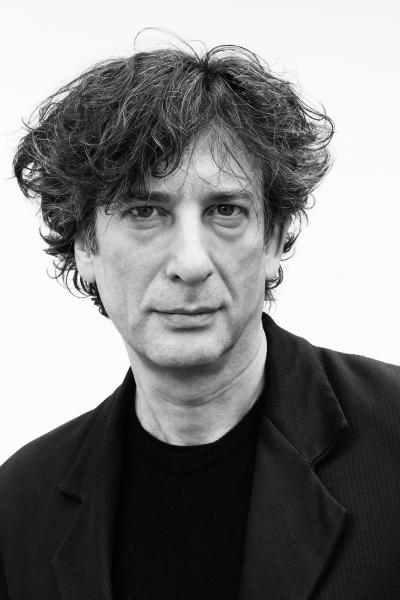 Neil Gaiman is a #1 New York Times bestselling author of books for children and adults whose award-winning titles include Norse Mythology, American Gods, The Graveyard Book, Good Omens (with Terry Pratchett), Coraline, and The Sandman graphic novels. Neil Gaiman is a Goodwill Ambassador for UNHCR and Professor in the Arts at Bard College.