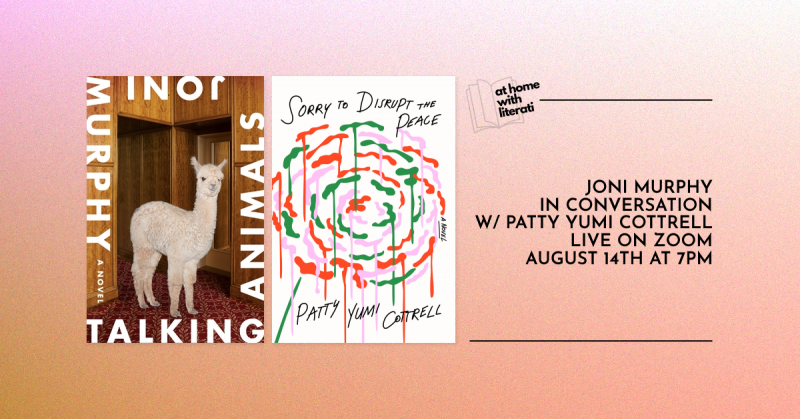 We're pleased to welcome Joni Murphy to our At Home with Literati series of virtual events, in support of her new novel Talking Animals. She'll be joined in conversation by author Patty Yumi Cotrell.

"Absurd and irreverent, Talking Animals is a wild love letter to all bureaucrats, academics, and alpacas of the anthropocene. Joni Murphy, rightful zookeeper-heir to Kafka's animal kingdom, speaks for us all."--Patty Yumi Cotrell, author of Sorry to Disrupt the Peace

Joni Murphy is a writer from New Mexico who lives in New York. Her debut novel Double Teenage was published in 2016. It was named one of The Globe and Mail's 100 Best Books of 2016.

Patty Yumi Cottrell's work has appeared in BOMB, Gulf Coast, and Black Warrior Review, among other places. She lives in Los Angeles.

Sorry to Disrupt the Peace (Paperback)