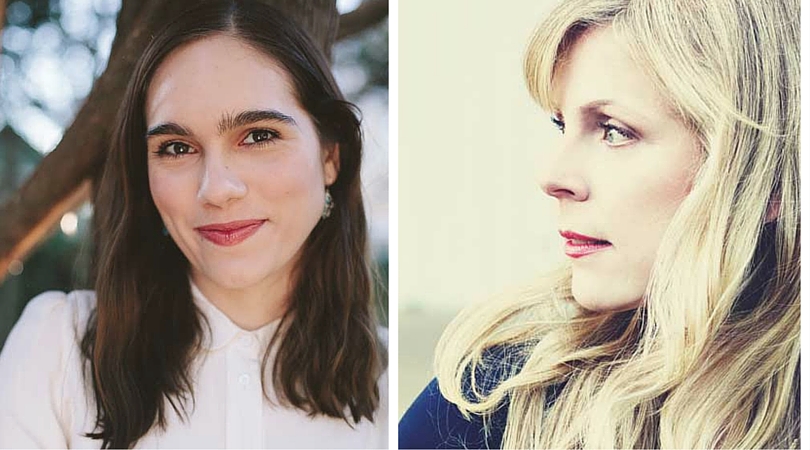 Literati is pleased to welcome poets Leila Chatti and Tracey Knapp, in support of their recent work. UM Zell Fellow in Poetry Kayla Krut will open for Leila and Tracey.

Leila Chatti is a Tunisian-American poet. She holds a BA from Michigan State University and an MFA from North Carolina State University. The recipient of a fellowship from the Fine Arts Work Center, a scholarship from the Tin House Writers’ Workshop, and prizes from Narrative Magazine’s 30 Below Contest, the Gregory O'Donoghue International Poetry Prize, and the Academy of American Poets, her poems appear in Best New Poets, Narrative, Boston Review, North American Review, The Missouri Review, TriQuarterly, Gulf Coast, and elsewhere. www.leilachatti.com

The poems in Tracey Knapp's Mouth are about the world of the mouth and its many satellites. Words, especially. And when you're lucky, another mouth. The poems address the beautiful failures of language to mean what it says, and to be less than the physical. At the end of the day, you are left with only the words in your head, the mouth on your face.

"Quotidian, weird, intimate, witty, and skittery, Knapp's poems are refractions through a funhouse mirror. They're self-conscious without being self-important. The wounded heart is everywhere apparent; we of that tribe can be grateful for one more of us to voice it, brilliantly. MOUTH is a charmer of a first book. Read it and weep over your nachos and wine; it will leave you wanting more."—Kim Addonizio

"...part Frank O’Hara, part Robert Herrick ...it’s a book that hurts, and a book that flirts... It’s also part of the least self-important, and therefore the most important, tradition of lyric, the tradition of trying to make the tiny moments, their delights and disappointments, last."--Stephen Burt, Slate

Tracey Knapp's first full-length collection of poems, Mouth, won the 42 Miles Press Poetry Award and was published in 2015. Tracey has received scholarships from the Tin House Writers’ Workshop and the Dorothy Sargent Rosenberg Poetry Fund.  Her work has been anthologized in Best New Poets 2008 and 2010, The Cento: A Collection of Collage Poems (Red Hen Press), and has appeared in Poetry Daily, Five Points, Ink Node (as a featured poet),The National Poetry Review, Red Wheelbarrow Review, The New Ohio Review, The Minnesota Review, and elsewhere.