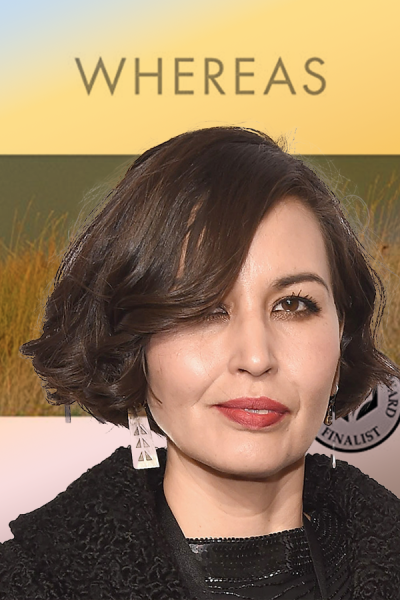 Literati is pleased to be the official bookseller for the Zell Visting Writers series. You can also attend virtually here (no pre-registration needed): https://tinyurl.com/ZellWriters

Zell Visiting Writers Series readings and Q&As are free and open to the public, and will be offered both virtually (via Zoom) and in person (in UMMA's Stern Auditorium). Seats are offered on a first come, first served basis; please arrive early to secure a spot. Please contact asbates@umich.edu with any questions or accommodation needs.

Layli Long Soldier holds a B.F.A. from the Institute of American Indian Arts and an M.F.A. from Bard College. Her poems have appeared in Poetry Magazine, The New York Times, The American Poet, The American Reader, The Kenyon Review, BOMB and elsewhere. She is the recipient of an NACF National Artist Fellowship, a Lannan Literary Fellowship, a Whiting Award, and was a finalist for the 2017 National Book Award. She has also received the 2018 PEN/Jean Stein Award, the 2018 National Book Critics Circle Award, a 2021 Academy of Arts and Letters Award for Literature, and the 2021 Michael Murphy Memorial Poetry Prize in the UK. She is the author of Chromosomory (Q Avenue Press, 2010) and Whereas (Graywolf Press, 2017). She resides in Santa Fe, New Mexico.

Whereas is most well-known for its 28-poem response to the National Apology to Native Americans, a Congressional Resolution signed by President Obama in December 2009. It is also a foundational text for Long Soldier’s position as a mother, educator, artist/writer, and Lakota woman—a critical push-and-pull with the language and encounters within these various roles.